Hong Kong’s recently announced green energy incentives for householders aren’t just about saving money: with an estimated 70 per cent of the local greenhouse gases coming from electricity generation, smarter solutions are needed. Here are some home-grown inventions that are helping to save Hong Kong – and the wider world – from pollutants produced on a daily basis.

On the grill – Computime

There are some domestic chores that smart home hubs are yet to master, like cooking the perfect steak. This Hong Kong-based company, headquartered at Hong Kong Science and Technology Parks, has figured out how, and as energy-efficiently as possible.

Challenged by a US manufacturer to create the controller for the smartest electric grill on the market, the company developed a needle-fine, Bluetooth-enabled device that is inserted into meat as it is cooking on the grate. Via an app on their mobile phone or tablet, the diner programmes in their steak preference – rare, medium or well done – and with four thermometers monitoring the temperature of meat in real time, an alert is sent when perfection is reached. Energy is saved as there’s no need to overheat the grill, and no worry about overcooking.

The grill is already on sale in various overseas markets and should be available in Hong Kong within the next year.

What’s being cooked up next by the company? Sous vide functionality for the home chef that doesn’t require any bulky contraptions – just a tiny RF sensor that is placed in with the meat to monitor the temperature.

In the race to automate our homes more efficiently, this young company is leading with its Yoswit-branded controller. Yoswit turns any home into a smart home with just a wall switch and an app – no central hub or router is needed, and no hard wiring required. 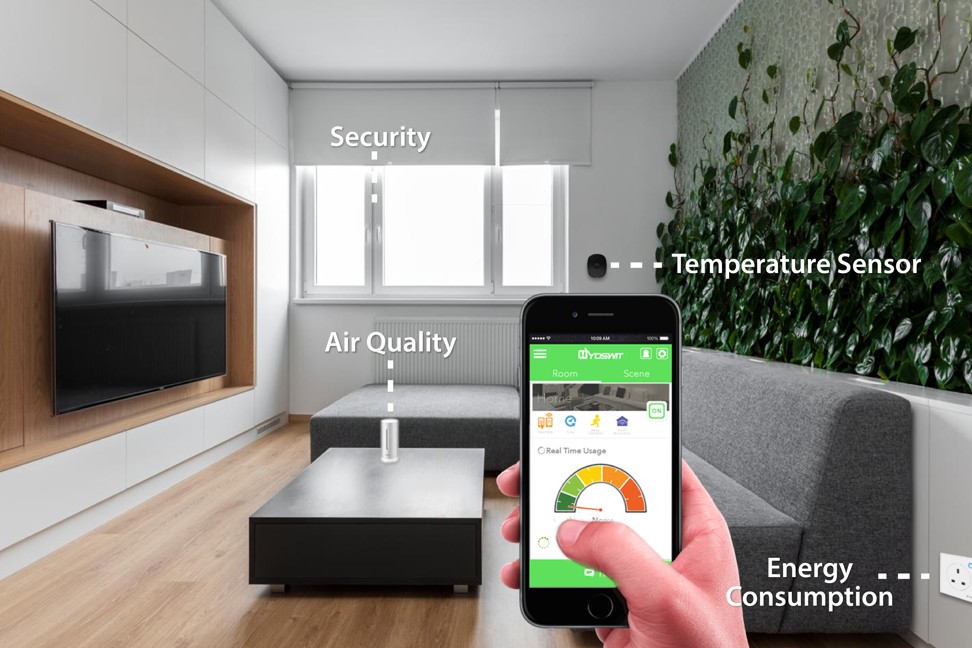 With Bluetooth 4.2 functionality (sometimes referred to Bluetooth low energy or BLE), the company’s products already save more energy than Wi-fi (by up to 40 per cent, according to some estimates), but Colin Ng, company co-founder, says the greatest advantage is being able to control your home appliances remotely. So they’re only in use – and using energy – as and when they’re needed.

“The switch was designed to fit seamlessly into homes without the usual associated hassle of replacing traditional wall switches with smart tech, and is compatible with both two-wire (without a neutral wire) and three-wire (with neutral wire) set ups,” Ng says. Yoswit products are sold at Priceline, the CLP Eco Home in Mong Kok, and online.

The sunroof of your daily drive in the not too distant future could take your electric vehicle further – thanks to a partnership between luxury auto brand Audi and this Hong Kong company.

The two companies are developing thin-film, flexible solar cells which could be integrated into a panoramic glass roof, generating power to flow into the car’s electrical system. This could supply, for instance, the air-conditioning system or seat heaters, delivering a gain in efficiency that Audi says has a direct positive impact on the range of an electric vehicle.

A prototype has been developed, with the next phase of intensive testing expected around autumn 2018. The partners’ goal is to install solar cells over a car’s entire roof.

Audi says the range of electric cars plays a decisive role in a customer’s purchasing decisions. The innovative solar technology under development would extend the range of Audi’s electric models and also be sustainable. It is envisaged that, at a later stage, solar energy could directly charge the traction battery – a milestone Audi says would go a long way to achieving sustainable, emission-free mobility. The solar cells are produced by Alta Devices in California, a subsidiary of Hong Kong-listed solar cell specialist, Hanergy.

This company has developed a radiant cooling and fresh air technology that turns traditional, energy-guzzling air conditioning on its head. The system is simple, but smart: instead of mechanically pushing cold air into rooms, it uses discreet panels to make rooms comfortable for people.

AirStar’s invention adopts the natural phenomenon of radiation heat transfer by installing chilled panels (usually on the ceilings of rooms) to reduce the surface temperature of walls, ﬂoors and the furniture. 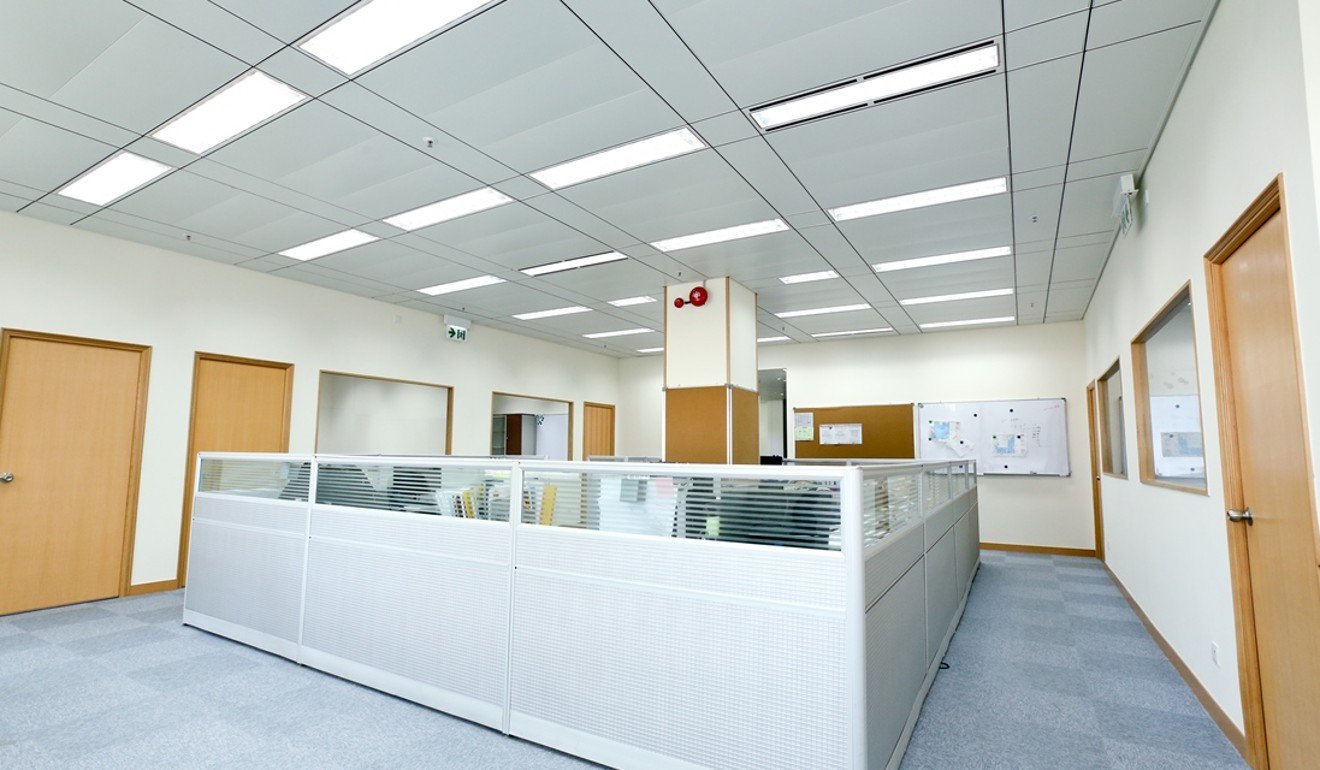 The warmth produced by human bodies or other heat loads in the room is absorbed by chilled water ﬂowing through copper pipes behind the panels, so that the occupants feel more comfortable without fans or air conditioners blowing air at them. At the same time, the fresh air system controls the CO2 level, improving the indoor air quality.

The company says its radiant ceiling plus fresh air (RCF) system is capable of saving at least 40 per cent energy, while attaining the same or better comfort level than traditional air-conditioning systems, and a 60 per cent reduction in maintenance costs. AirStar, headquartered at Hong Kong Science and Technology Parks, believes its systems, being rolled out in Hong Kong and China, are ideal for deployment in high density urban environments.

For the feel-good factor, a Hong Kong invention is poised to bring energy resilience to developing countries where unreliable electrical infrastructure is a daily reality – and clean up the environment in the process. According to its founders, Brandon Ng and Luca Valente, Ampd Energy “envisions a world where reliable electricity is universal, affordable and sustainable.” Ng describes the company’s invention as “a next evolution in backup technology”. Its Ampd Silo UPS backup system stores energy in lithium-ion batteries (the same as those in laptops and electric vehicles), which helps to reduce lead battery waste.

“We estimate that Asia and Africa produce 7 billion kilograms of waste lead batteries every year. Every Ampd Silo sell removes 1,600kg of lead batteries from entering into the system,” Ng says.

The system also reduces the total cost of ownership of a battery backup system dramatically, by as much as 70 per cent.

Ampd Energy is selling to commercial and enterprise customers in Hong Kong, Macau and Southeast Asia, predominantly to the health care, industrial infrastructure, banking and telecommunication sectors. The system “would absolutely work” in residential applications, Ng says, should anyone want an Ampd Silo for their home.